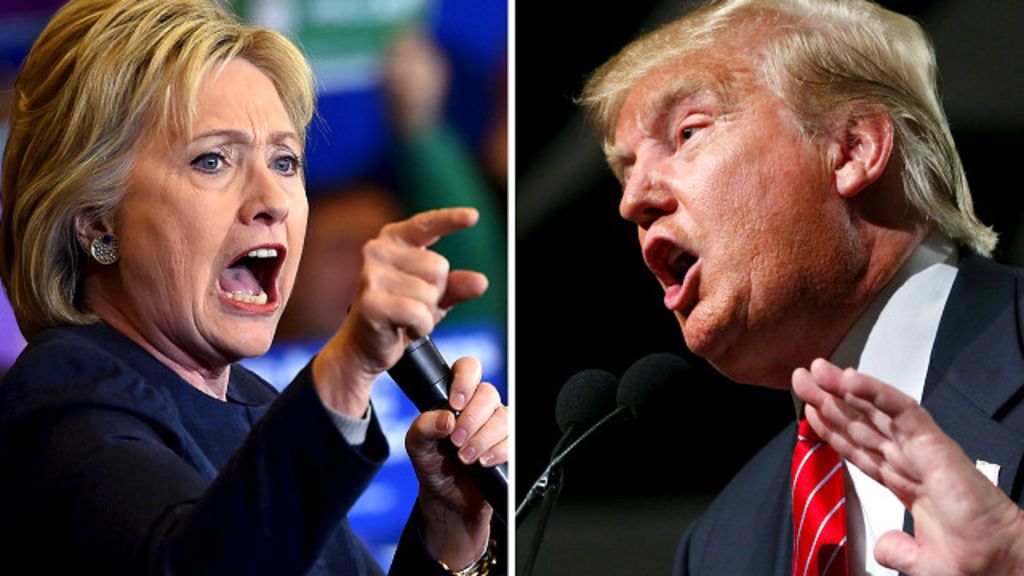 The Myth of Duality in Presidential Campaigns

The world, as we like to view it, is made of Good Guys and Bad Guys.

As a child, we used to play Cops and Robbers. We played Cowboys and Indians. There was never any question about who were the Good Guys and who were the Bad Guys. No shades of grey. No anti-heroes with conflicted inner turmoil. No middle ground.

It is an easy way to see the world.

And while the American voting public should never be characterized as being this simplistic, it does seem to be a pattern in how we choose and support our presidential campaigns, especially in the absence of a clear leader.

In the 2016 presidential campaigns, neither the Republicans nor the Democrats produced an inspirational candidate, one that the nation could stand behind and call our own. Instead we got Trump and Clinton, a demagogue and an heir apparent. How do we choose who gets the White Hat and who gets the Black Hat when neither seems to fit anyone?

This is called a “false dilemma”. The false dilemma is a question that has many possible solutions or answers, but only two are presented as choices. The false dilemma is the basis of US presidential races. We go through primaries and caucuses in order to weed out the weaklings, setting ourselves up for a dichotomy that could have been a plurality.

But we want our Good Guys and Bad Guys.

Like Coke and Pepsi, whose differences are as infinitesimal as the importance of choosing one over the other, we tend to brand our politicians against each other. In 1980, Ronald Reagan was an ultra-rightist fanatic (according to the Democrats), and Mike Dukakis was a weak releaser of murderers (according to the Republicans). One was Coke to the other’s Pepsi and we HAD to choose.

In 2016, faced with two unqualified candidates, the false dilemma was one of Hope against Fear.

Heir apparent to the neo-liberal elite establishment, Hillary Clinton, wanted to trade on Hope. She wanted us to hope for a better future, to hope that we would elect the first woman to the Oval Office, to hope that civil liberties would triumph over the Patriot Act. She was the White Hat.

Donald Trump, however, knew better. He knew that the most valuable commodity on the market was fear. He admonished us to “make America great again,” meaning that now things were  terrible. He tapped into something primal in the American psyche that feared our slipping into second place, being the number two superpower, being a weak economy. He traded on the fear that people around the world disrespected our weakness. And (cleverly) he did not put on the white hat, but he crowned Hillary with the Black Hat.

The Trump campaign did not spend millions on television spots and Big Marketing. They spent a few hundred thousand on the social media. They used free media coverage of an outrageous candidate. They leaned back on the rumor mill of Twitter and Facebook. But every statement he made, no matter how insane it sounded on the face of things, underlined his strength. He became the candidate who feared nothing and no one. He showed America that, as president, the United States would be as unashamedly and brazenly tough as he was.

In the face of that, Hillary could do very little. She could not be as crazy as he was, so it always appeared that she was on the defensive (Error 1). Despite all of the controversy and allegations made against Trump, he never apologized for or justified his actions. Hillary felt she should explain sometimes (Error 2).

Hillary talked to people. Trump talked to large crowds. Hillary touted her record. Trump trusted his success. In the debates, both of them played fast and loose with the facts – precisely because they did not appear to know them – and chose instead to go negative. She said. He said.

The false dilemma arose from these ashes.

By the end, the American voting public went to the polls with a handful of dusty hope for maybe making things better from HRC and a large heavy DJT-monogrammed suitcase of fear for what could happen to their country and their lives. In an environment in which everything seems wrong and confusing, fear will win every time.

Eight years ago, Obama rode into office on a mandate of Hope. But it was not so much for him as a person, but for the messianic figure we made him. He would save us, we thought. Hillary was not big enough for that. She did not show us the way. She seemed to push through her campaign as if it were a formality, that it was her turn and that she deserved it.

Who are the White Hats and who are the Black Hats? Encouragingly, the American people largely refused the question, with 45% of eligible voters staying home. This is a 20-year low, according to CNN. But the 55% who did vote bought gladly into the false dilemma.

They voted in the big-mouthed, bigoted bully because they were afraid of what would happen with more mealy-mouthed liberal elitism. 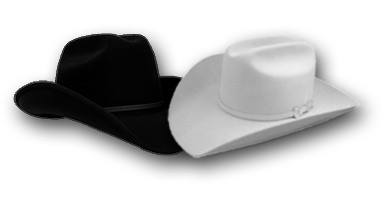