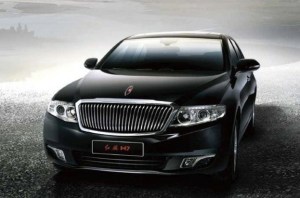 IT IS THE largest manufacturing base in the world. It is the largest single consumer base on the planet. Yet China’s brand and reputation seems to mean only cheap and mass-produced.

Is this just the way things are?

China has become the world’s largest consumer of luxury goods. This has come about, according to various sources, because of an increase in Chinese wealth in certain strata of society, because of the allure of Western luxury super-brands such as Louis Vuitton, Chanel or Dior, and to a large extent on the lack of recognized brands coming from the People’s Republic. As a consumer powerhouse, China will keep the luxury sector afloat in years to come.

The question, however, is why are there so few Chinese luxury brands that are known abroad. Such brands are present on the market, including the Red Flag sedan of Chairman Mao, luxury retailer Shanghai Tang, or the luxury fashion label Ne Tiger. And while Shanghai Tang has made it to London (and Bangkok, Honolulu, Miami, New York, Las Vegas, Madrid, Paris, Tokyo, and Macau), there are no significant Made-in-China luxury brands to be found outside the country.

This is all very interesting. But where are the brands?

Talking to a group of (mostly European) master’s students in Suzhou today, I asked the question: What does Made-in-China mean? And the answers came back –

Bad rap. The argument that they were “too Chinese” meant that the Chinese culture and its associations are too far removed from Western Europe or America to have any impact. This may be true. But the opposite is also true – France and Italy are far from Beijing and yet their traditions are not seen as “too French.”

Brands around the world depend on China for their production. Huge volumes can be handled quickly and reliably at very reasonable prices. And this is probably the biggest stigma-generator of all.

Made-in-China is cheapened by Western brands who DEMAND the cheap, the cut-corners, and light-speed production times. Western brands producing in China count on the low price, and they accept lower quality to get it cheap and fast.

All of this redounds to the detriment of Made-in-China. None of this has anything to do with the centuries of tradition behind brands like Moutai, the most expensive Chinese liquor or Shui Jing Fang whose spirits are sold for hundreds of euros. But export these to Paris and they will sit quietly on the shelves, undisturbed by consumer desire.

Problematically, Chinese brands suffer from our bad memories. We have lost the memory of the China of the Silk Road and Marco Polo when anything brought back from the mysterious East had intrinsic value based on its provenance. Today, the effect runs the other way.

The answer to the question about Chinese brands and Made-in-China is that there ARE brands but we do not let them in. We choose not to understand them. We do not look beyond the China we know.

And the intrepid brand developer who is able to show the Western world a brand made in China whose value and prestige can outshine our own luxury brands will have a foothold in the future.